Gardner Lodge celebrated a monumental event October 20th 2018. Charted in 1868 we have a very long and proud history of practicing Freemasonry in the city of Gardner, Kansas. The anniversary event was very well received and attended.

We broke up the event into a few sections to allow for the size of the crowd. The first of the events to take place was the lodge re dedication ceremony lead by the Grand Lodge officer of Kansas. This in all actuality was a dedication ceremony as when the current building was constructed in 1907 there was plans made for a Grand Lodge dedication but for one reason or another it never happened so it was a great honor to finally get that done. After the re dedication ceremony we had several members present due for service emblems one of which was our senior Past Master Robert (Doc) Knoche who received his 65 year pin presented by none other that Robert C Talbott, Grand Master. Brother Knoche asked his lovely wife to do the honors of pinning it on his jacket for him.  We also had several members that received their PPLM certificates (Life memberships). 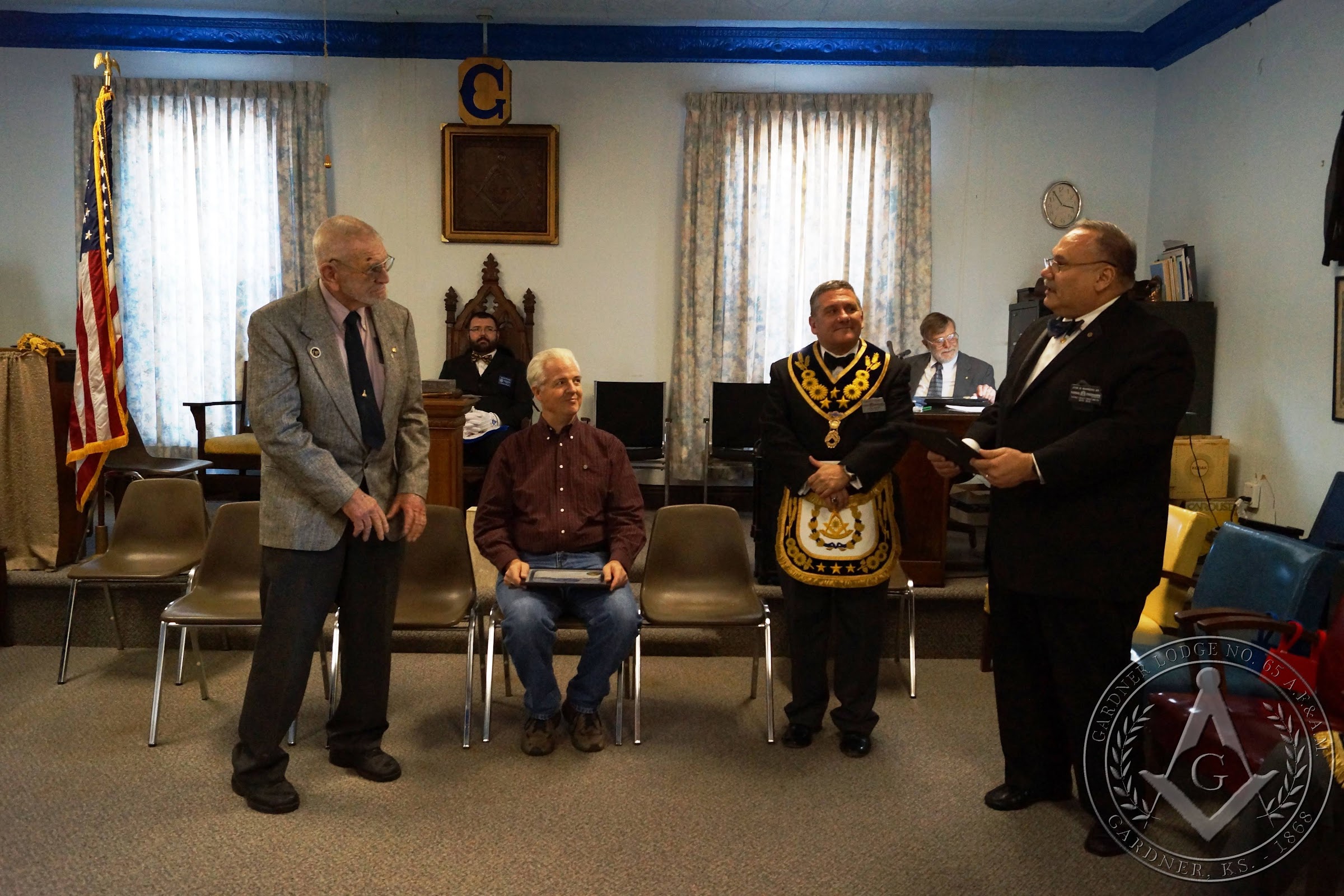 After the ceremonies at the lodge there was a never before at Gardner Lodge, Official procession across Main Street to the evening venue including traditional bag pipes and drums. The evening event was a wonderful time where we enjoyed a feast for dinner followed by official introductions by the Grand Master and the Worshipful Master. The separate venue allowed for a quality evening program that was well decorated and even had a live DJ assuming the role of Master of Ceremonies for the evening. 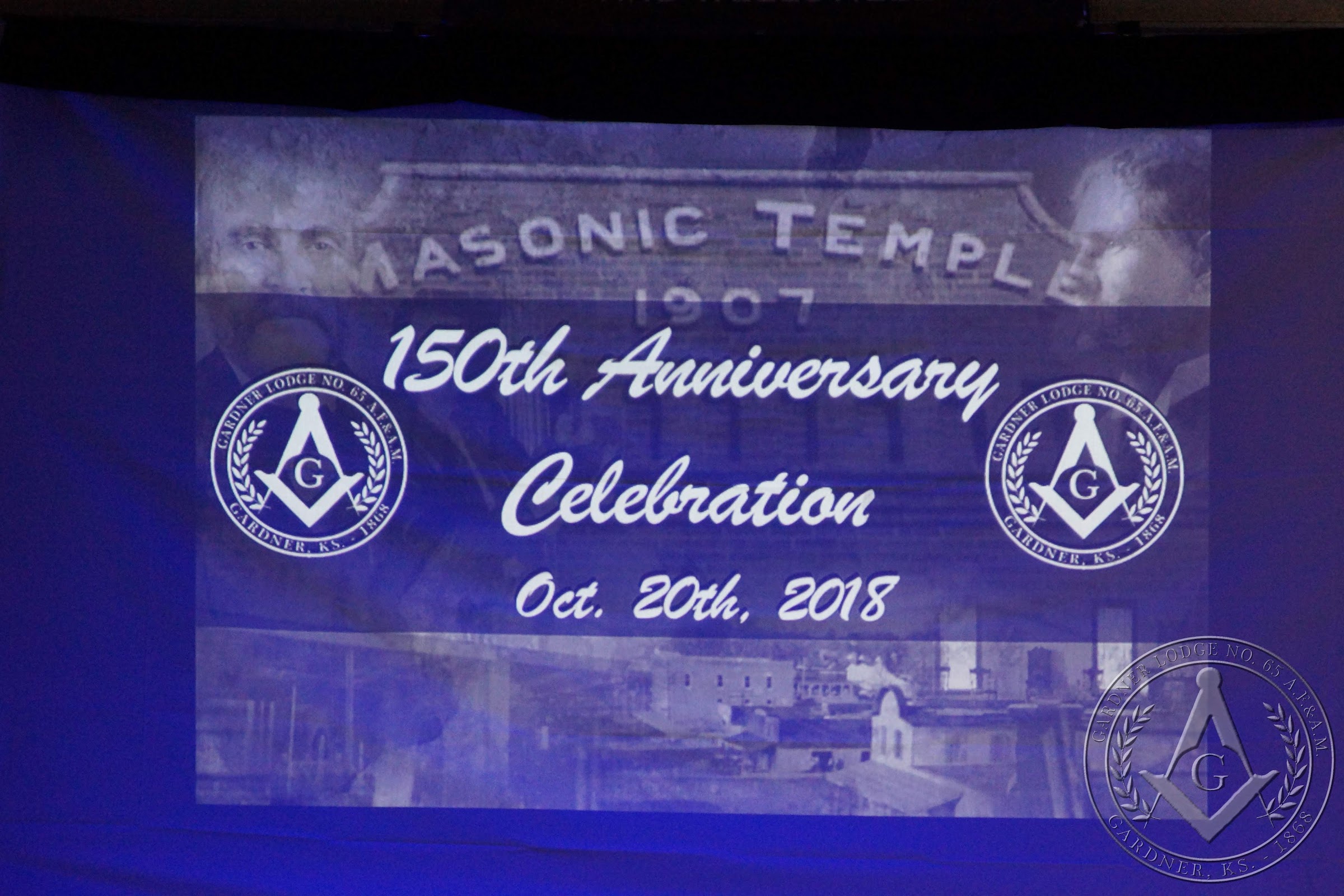 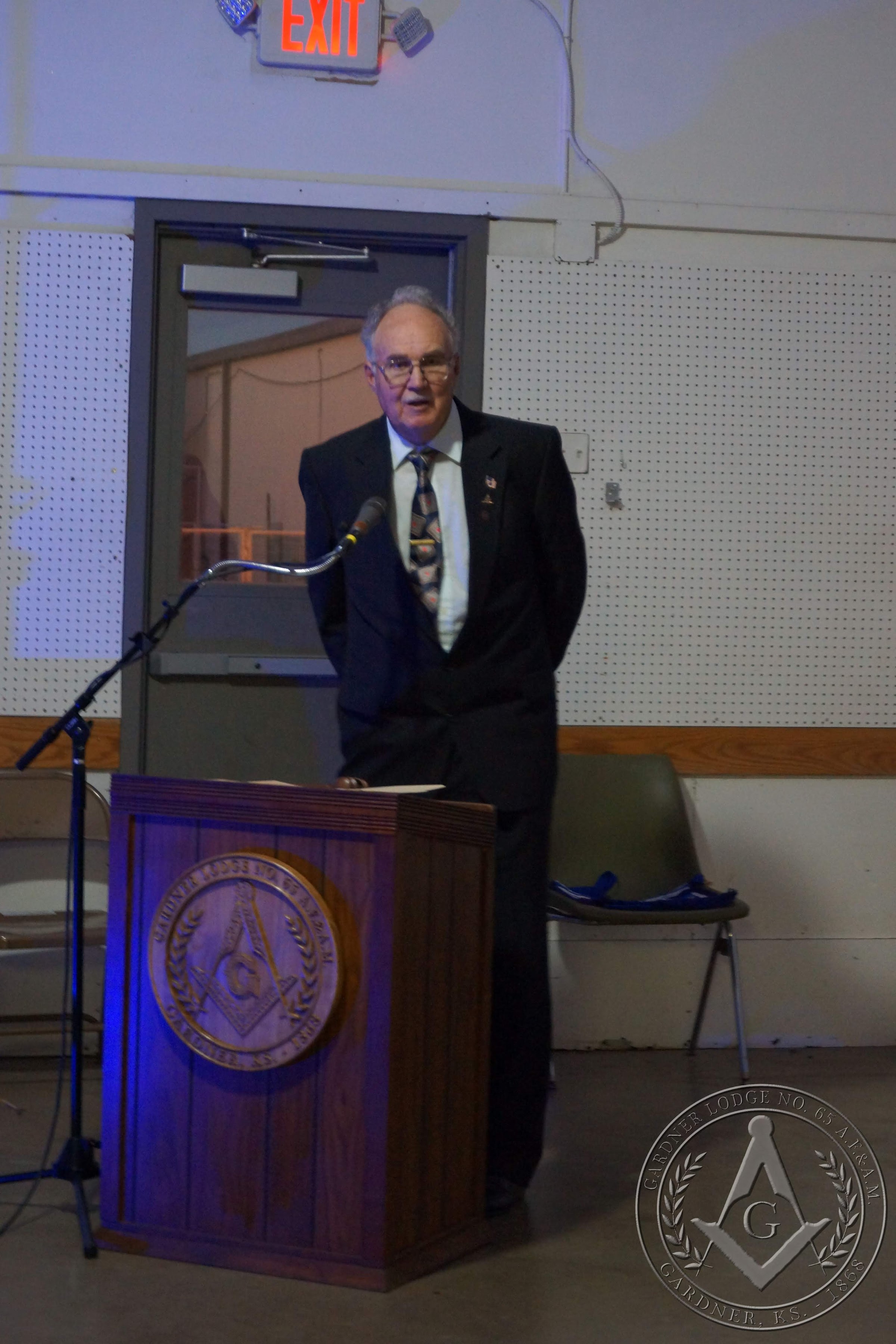 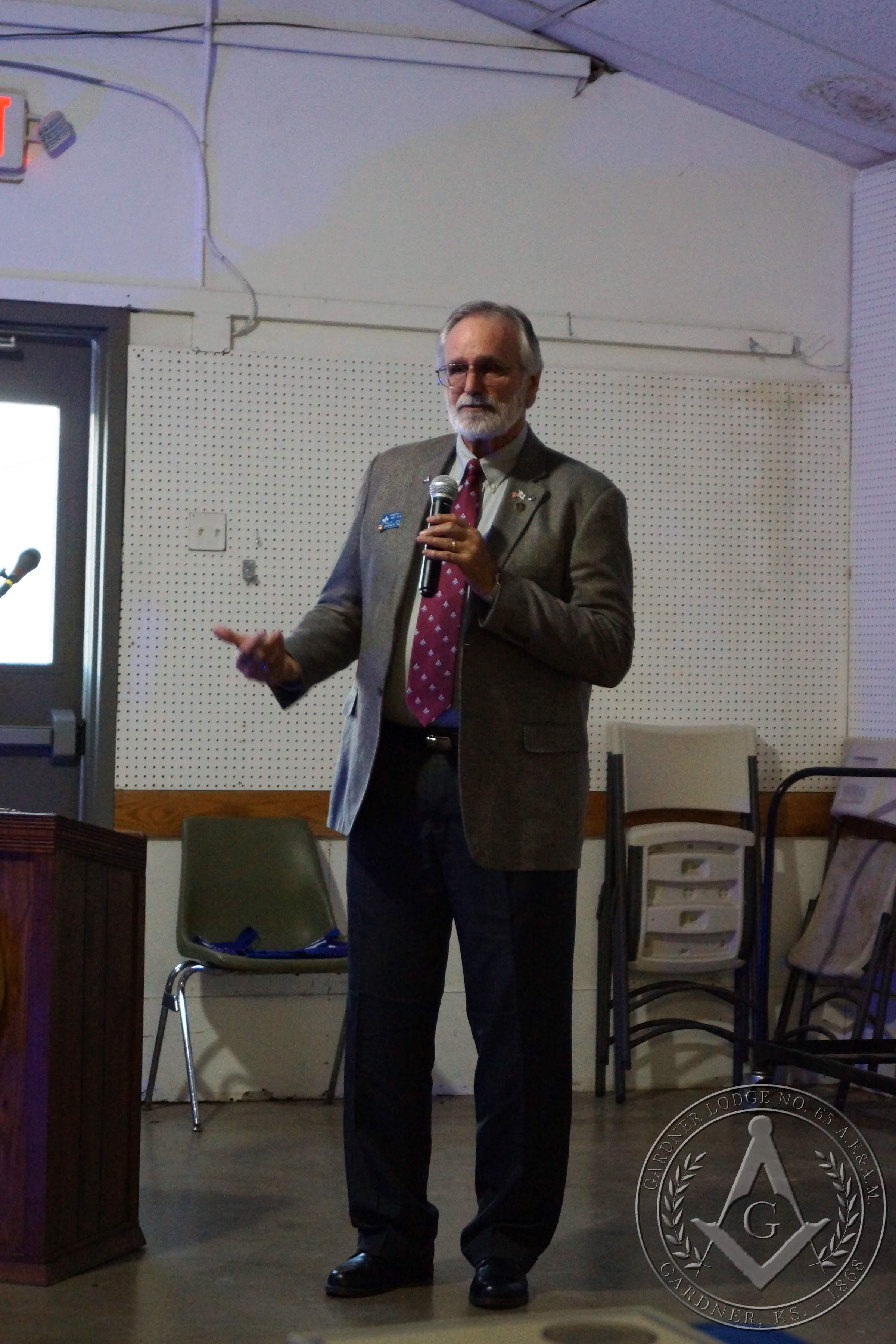 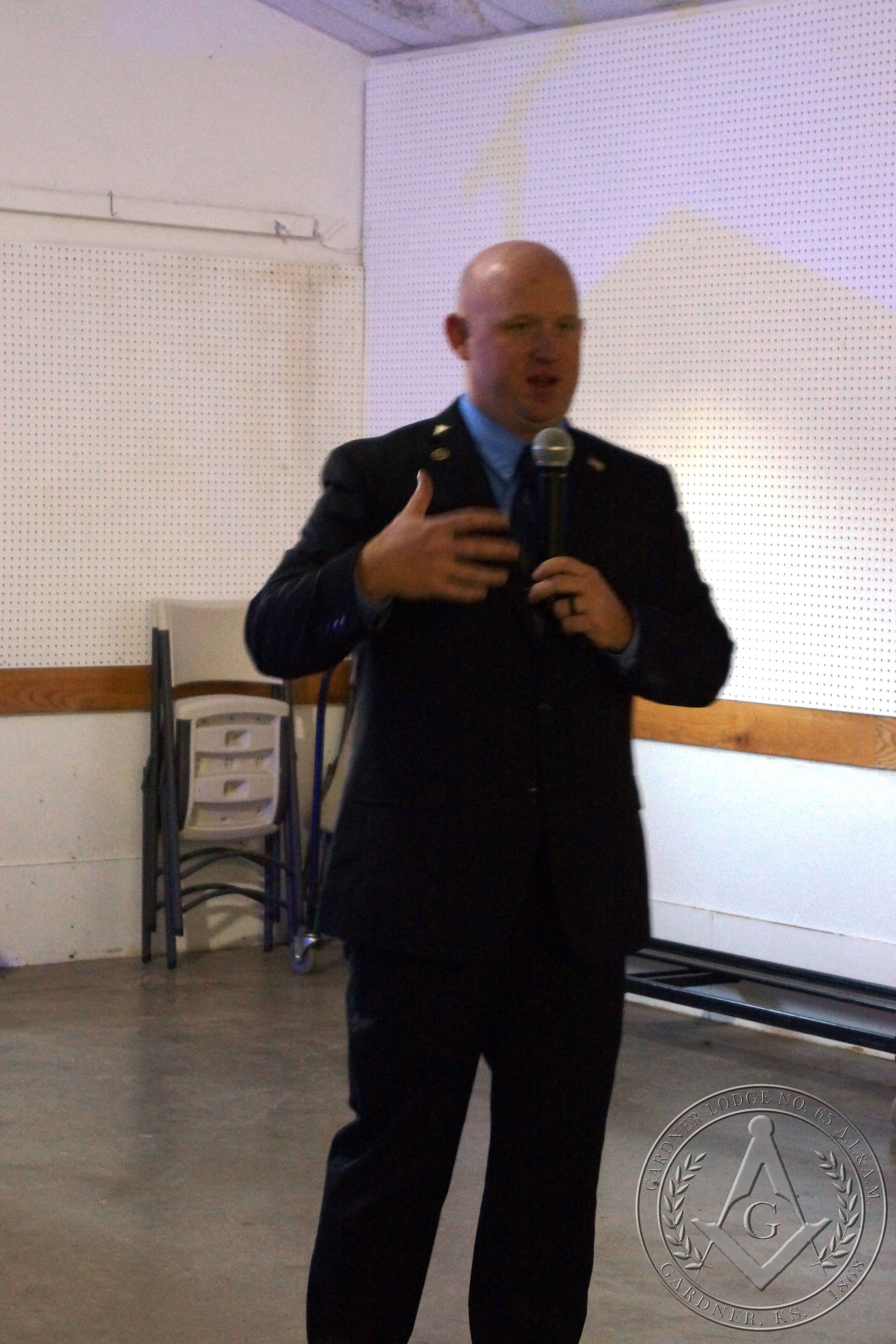 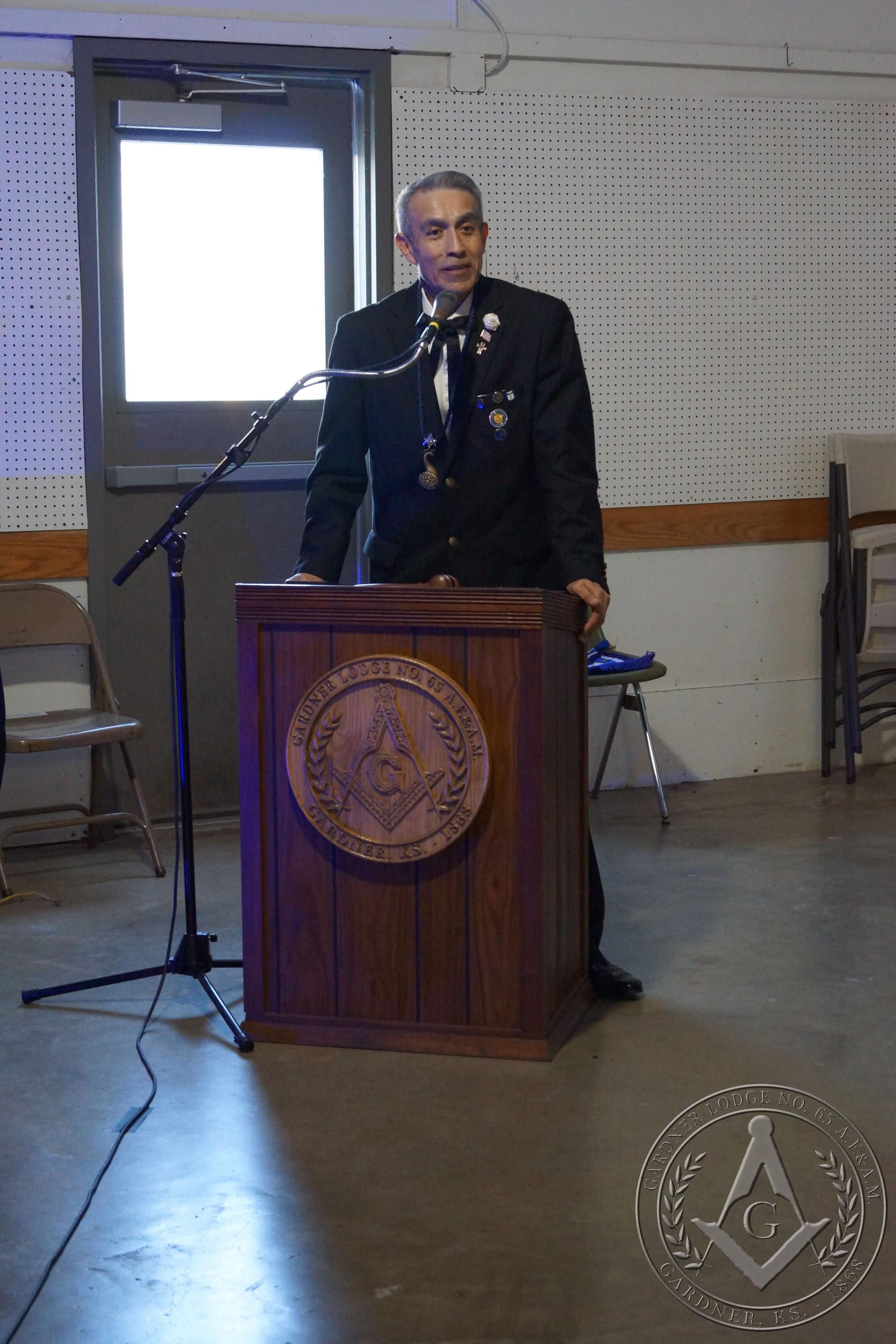 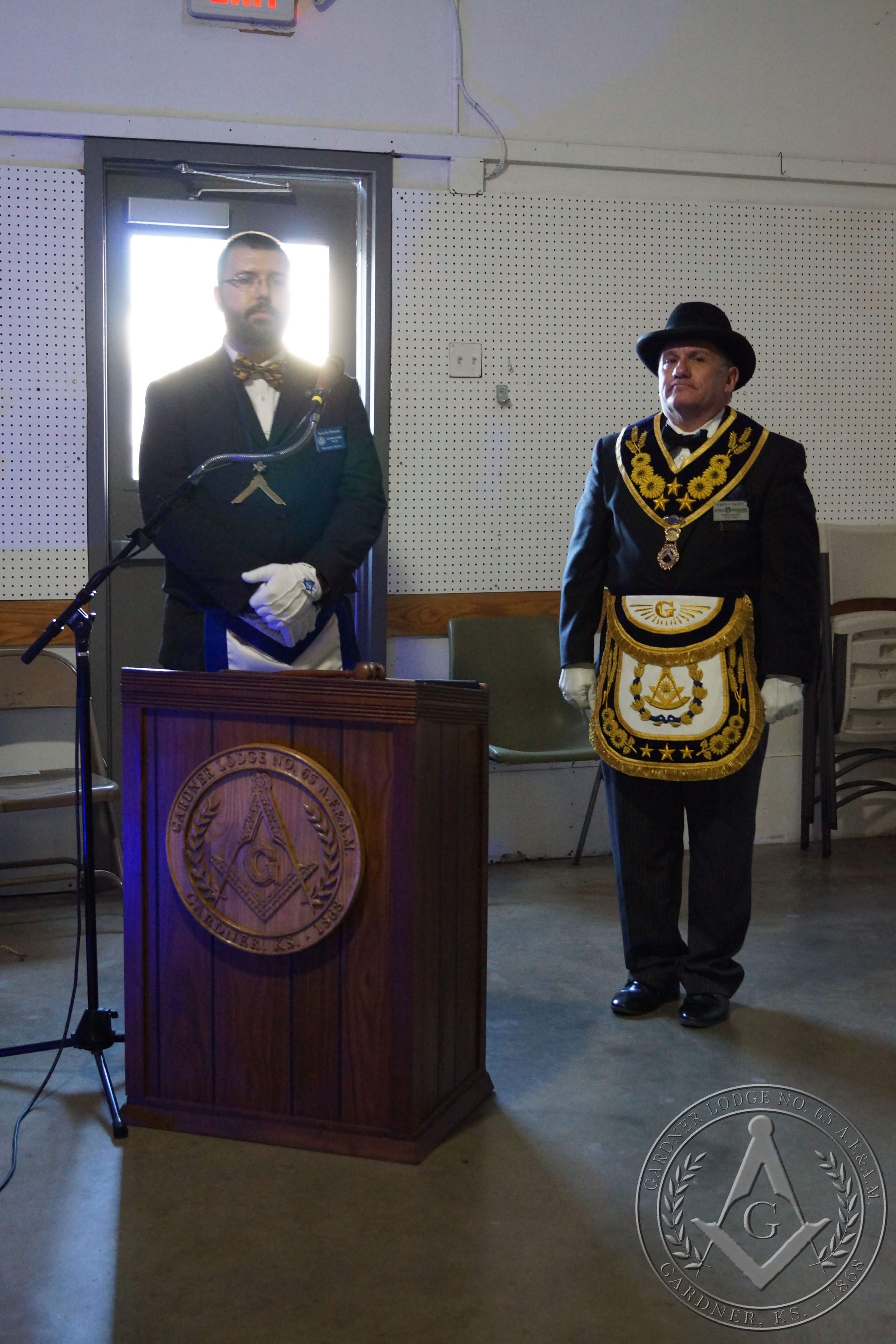 Sunday the 25th of June was announced the be the official recognition of St John’s Day for Kansas Freemasons. The actual day […] 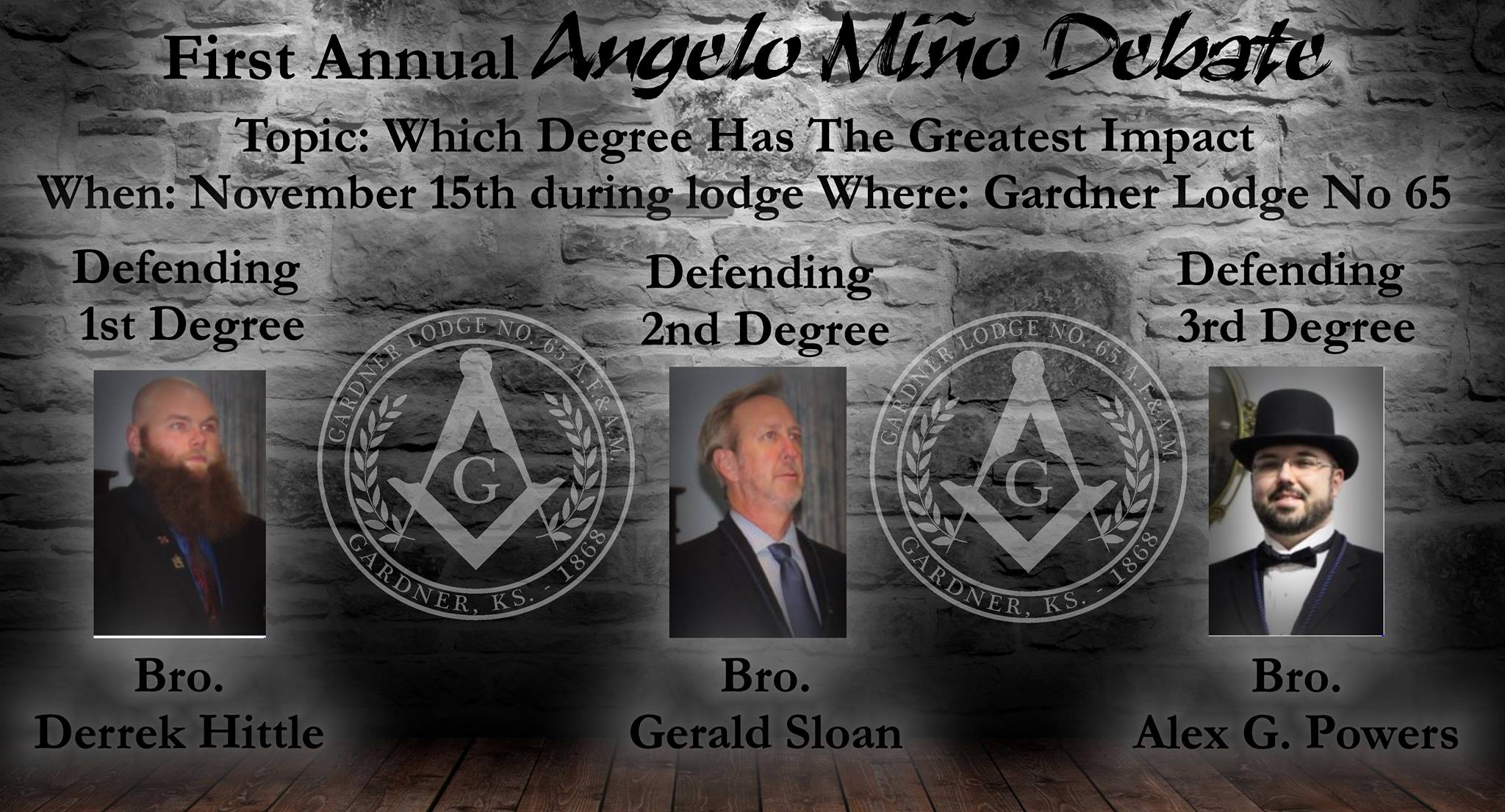 Brother Gerald Sloan presented an idea to the lodge for an annual debate encouraging education and deeper consideration of our Masonic teachings. […] 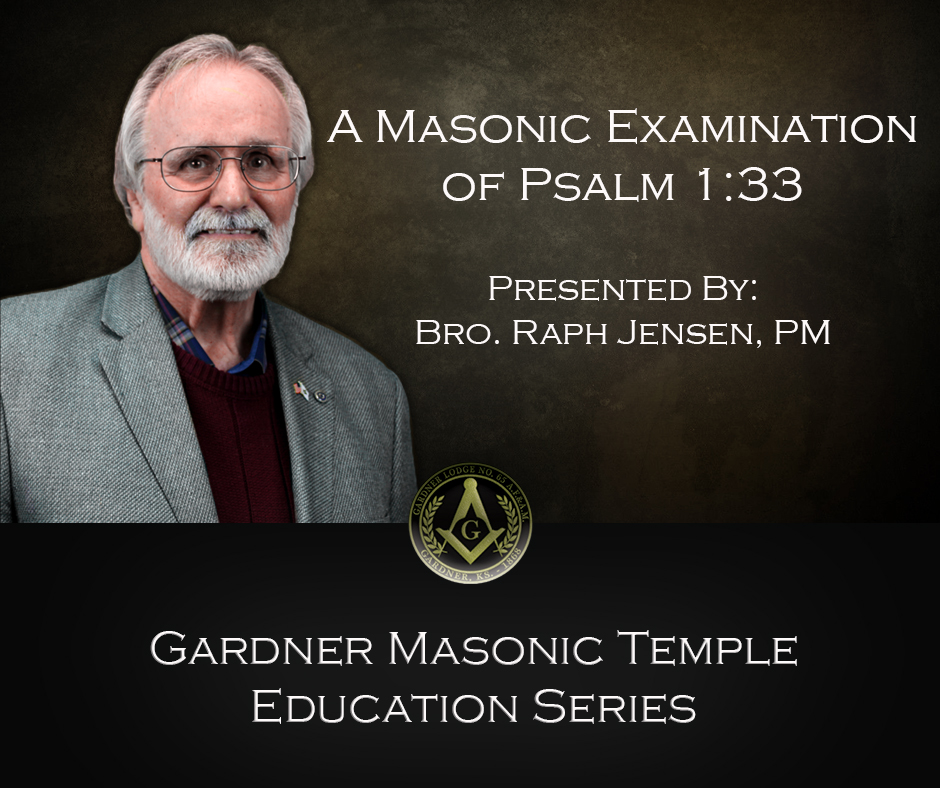 Join us for yet another thought provoking lecture within the Gardner Masonic Temple’s Education Series. Worshipful Brother Ralph Jensen will be guiding […] 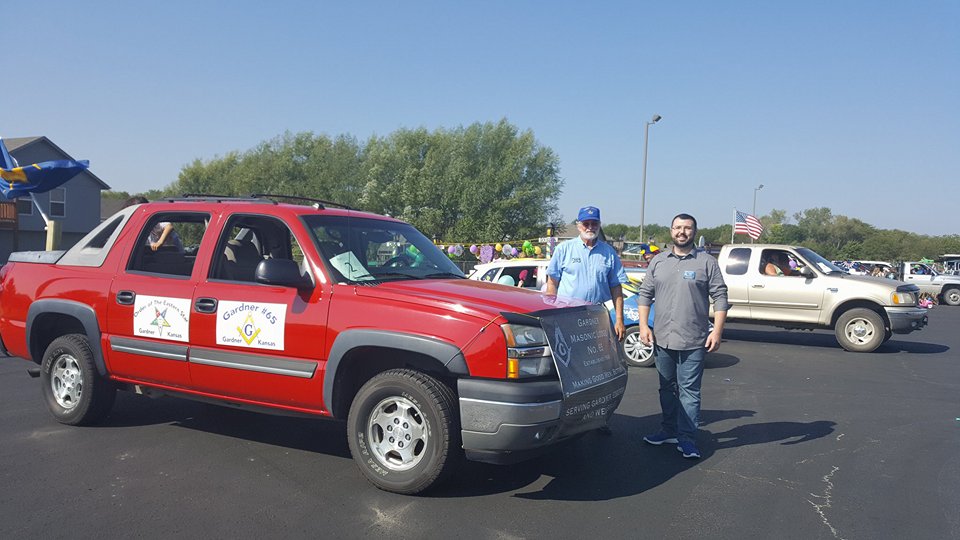